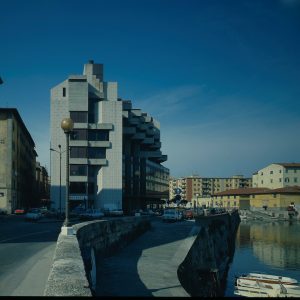 Francesco Tomassi was born in Viterbo in 1934 and studied at the University of Pisa, from which he graduated in 1959 in Civil Engineering, mentored by (Prof.) Fernando Clemente and, in 1972, Tomassi graduated in Architecture from the University of Florence under the supervision of (Prof.) Pierluigi Spadolini. Although he has had his studio both in the historic center of Pisa (Lungarno Buozzi) and in the heart of Livorno (Via degli Avvalorati, Via Roma and Via Borra), today the engineer-architect lives and works in his House-Studio in the countryside of San Giuliano Terme. 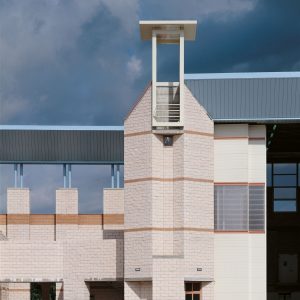 Activity as engineer and architect

Since the early 1960s, Francesco Tomassi has carried out in Italy and abroad an intense activity as engineer and architect for some of the most prestigious clients. As a highly cultured admirer of the Tuscan territory, Tomassi projected in Pisa the Headquarters of the Communist Party, the Faculty of Economics and Commerce of the University of Pisa and the Congress Hall, planned the restorations of the Scuola Normale at Piazza dei Cavalieri and its Library, as well as the restoration of the Headquarters of the Scuola Superiore Sant’Anna. Viareggio too boasts some of his outstanding architectural works, such as the Fish Market and the Carnival Citadel, while Livorno is the city that hosts the highest number of them: numerous residential complexes, the Casa del Popolo – (Central) Station Headquarters, restorations of historical buildings in Venezia Nuova -an important neighbourhood of the city-, the expansion of the Misericordia Cemetery, and, in the surrounding area, the most representative buildings of the Guasticce Interport, having also, as a member of international juries, published his architectural projects in Italy and abroad in numerous prestigious journals and manuals. 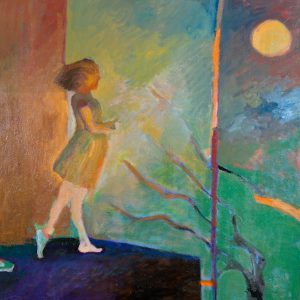 Francesco Tomassi has been a prominent painter since 1979 as well, beginning to paint “at the auspicious age of 45” and has exhibited his work in important venues in Livorno, Viareggio, Pisa and Barcelona. To this day, he still pursues his calling as an engineer-architect and painter with dispassionate dedication and “dogged rigour”.

This website uses cookies to improve your experience while you navigate through the website. Out of these, the cookies that are categorized as necessary are stored on your browser as they are essential for the working of basic functionalities of the website. We also use third-party cookies that help us analyze and understand how you use this website. These cookies will be stored in your browser only with your consent. You also have the option to opt-out of these cookies. But opting out of some of these cookies may affect your browsing experience.
Necessary Sempre abilitato
Necessary cookies are absolutely essential for the website to function properly. These cookies ensure basic functionalities and security features of the website, anonymously.
Functional
Functional cookies help to perform certain functionalities like sharing the content of the website on social media platforms, collect feedbacks, and other third-party features.
Performance
Performance cookies are used to understand and analyze the key performance indexes of the website which helps in delivering a better user experience for the visitors.
Analytics
Analytical cookies are used to understand how visitors interact with the website. These cookies help provide information on metrics the number of visitors, bounce rate, traffic source, etc.
Advertisement
Advertisement cookies are used to provide visitors with relevant ads and marketing campaigns. These cookies track visitors across websites and collect information to provide customized ads.
Others
Other uncategorized cookies are those that are being analyzed and have not been classified into a category as yet.
ACCETTA E SALVA